The Slovenian Ministry of Justice energy retrofit project of three courts in Celje, Murska Sobota and Slovenj Gradec, conducted within the framework of a public-private partnership, has been successfully completed.

The goal was to raise energy efficiency and consequently to save money on annual costs associated with heating and lighting.

As part of the project, the Murska Sobota courthouse underwent the following renovations: the boiler rooms were renovated and improved and energy replacements were carried out – extra light fuel oil was exchanged for natural gas, and thermostatic valves with hydraulic balance were installed. Part of the renovation included thermal insulation and the replacement of building furniture. Lighting systems have also been renovated, and existing lamps have been replaced with more energy efficient ones. In order to achieve better control over energy consumption, energy management and monitoring systems were installed in all three facilities.

The courthouses now benefit from the following annual savings as a result of the renovation:

The energy renovation of these courts was carried out by a consortium of Resalta and Petrol. The consortium was selected by public tender issued by the Ministry of Justice in 2016.

Public private partnerships (PPPs) between Resalta and a public partner mean that Resalta provides financing and implements the project, also providing maintenance services for the duration of the contract. Resalta recoups its investment gradually, with the public partner immediately benefiting from savings. Once the contract expires, the public partner benefits from the full amount of savings.

This is one of many public-private partnerships Resalta has implemented in the region. Notable projects include the largest energy efficiency PPP in the region signed with the City of Ljubljana, in a consortium with Petrol, for the energy retrofit of 49 municipal buildings, as well as the public private partnership for heat supply with the City of Pirot. Public lighting is also a common object of public-private partnerships, with Resalta having carried out renovations in the cities of Kruševac and Petrovac na Mlavi in Serbia, along with municipalities Ada and Žabalj, and the Istrian city of Novigrad in Croatia. Resalta will continue to work with cities and municipalities throughout the region in its efforts to improve energy efficiency in the public sector. 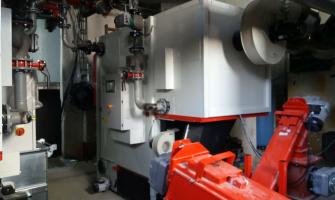 As a result of its change of ownership, the hotel Putnik in Kopaonik, Serbia’s most popular…